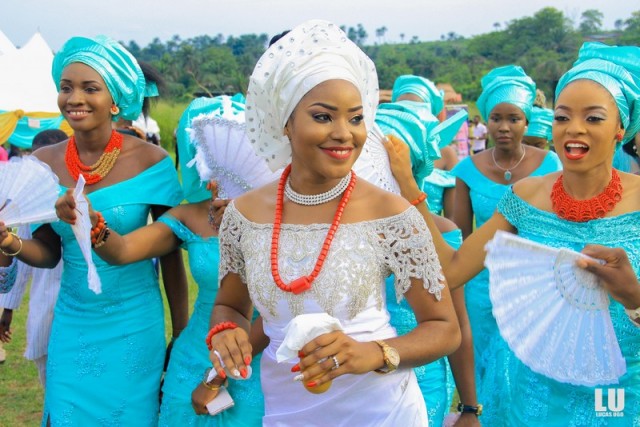 There are three types of marriages in Nnewi: the traditional marriage held in the house of the woman; the official wedding, held in a registry office and which allows only one wife; and the religious marriage.

A prospective suitor will make an initial approach to his proposed in-law (Known as 11m Aka N’uzo). This is when the suitor will communicate his intention to marry the woman to the parents, The rule requires that not more than

During this initial visit the suitor party are entertained by the woman’s family.

During this visit, the suitor’s party is limited to eight (8) persons. The suitor will present to his future in-laws not more than

This visit is called IDURU NWAYI (taking the woman home) at this visit, the prayer session i.e. Igo-Ofor, payment of bride price (Dowry) are performed. At this ceremony not be more than fifty (50) persons shall accompany the suitor on this occasion during which he would present not more than