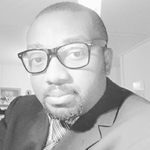 Anthony-Claret Onwutalobi is the chairman of the Anambra State Association Finland. Since his election, He has contributed to the growth of the Association and has organised a lot of events to promote the cultural mosaic of Igbo and Anambra people. Mr Claret help to shape the philosophy of the think home initiative and initiated the cultural carnival and convention in Finland.

Mr Claret is a pan-African. He has served for many years as a volunteer in different capacities both local and international. His acceptance to lead the organization with the diverse cultural background is a huge blessing as his longstanding experience resulting from diverse disciplines and posts of responsibilities has led to a complete restructuring of the organization. As a much-needed human resource person, he has built a stronger Igbo community advocating for better policies that reflect the needs of Africans in Finland and abroad while also highlighting the positive impact of our cultural heritage among ourselves. He currently lives and works in Helsinki.

Mr Claret has always advice rich Igbo sons and daughters to help develop the Igbo land.  According to him, the reason was that Igbos experienced injustice, inequity, unfair-play and destruction of their lives and property by other Nigerians. The horrendous and tragic experience before and during the civil war made some psychological impact on the Igbo. They emerged from the war hopeless, impoverished, traumatized, but not spiritually defeated. Like the phoenix, the Igbo have risen again., Fifty years after the civil war, the Igbo voice is loud, the Igbo asserts himself and works towards the progress of Nigeria.

He has not allowed bitterness, hatred and jealousy to becloud his view of the world. He looks straight to the future with confidence, courage, enthusiasm and love. The Igbo has the sacred philosophy of live and let live and give and take.